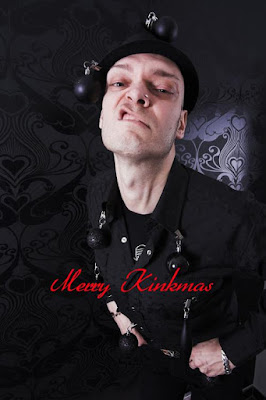 Bomb Boutique is off until next year. Have some wild holidays and see ya in 2009
Eingestellt von Bomb Boutique um 05:56 Keine Kommentare:

This is it, my friends. Hotel Shanghai in Essen is definetly the club of this decade, if you speak for the West Germany region. I can't remember any wilder parties, crazier people, insane djs and bands happening in any German city apart from Berlin. And I find it more significant, that Hotel Shanghai is not located in a hipster city like Cologne. Where the Colgone club scene is stone dead now, Hotel Shanghai took place 75 Kilometers away, 5 years ago in Essen, heart of the Ruhr Area, or Ruhrpott how locals say and European Culture Captial 2010. A place for art, music, weirdos who want do D.A.N.C.E...
We had absolutely classic times at Hotel Shanghai with numerous cranky parties like Botox Disaster, Vendredi Grotesque, Gasmask or Gift. Club owner Kay Shanghai was always open-minded and crzy enough to carry our ideas. We regulary emptied the club when Kim Peers played experimental Art Pop instead of Gigolo Beats, Team Plastique flooded the club with champagne, Houston Bernard messed up all H&M shirts with milk and cream, Johnny Slut disappointed all Batcave Gothics, Peaches played cheap Glamrock, Mignon spitted blood, Amanda Le Pore made the people wanting their money back for only singing two songs (playback), Snax jumped ontop of the Unisex haircuts, Adriano Canzian missed the plane, Digitalism pretended to be famous (what the later became), Quasimodo Jones on heroine made the Jugo-Mafia club owner want to shoot him, Dirty Princess went completely kinky (and naked), Rummelsnuff let his muscles play, The Hacker, Terrence Fixmer, Carretta and Spetznaz regularely pulled a die-hard EBM pogo-mob, and so and on.
I can go on with countless stories, incedents and accidents. Those who've been there with us will never forget...

Now it's time to celebrate this dirty little place with, what any international and national DJ will agree, the best soundsystem in the universe. 5 years of madness!
Join us with a classic Hotel Shanghai line-up:


, will never forget this 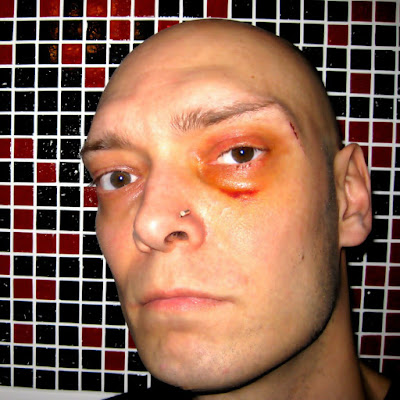 Greeting ghouls, sinners, mad scienists!
This Bombcast episode is some kind of favorites 2008 mix. This year has been releasing lots of funny tracks and artists dealing with horror, aliens, satan, blood and, yes, Fake Blood.
Check this gorey mix out and get splattered! 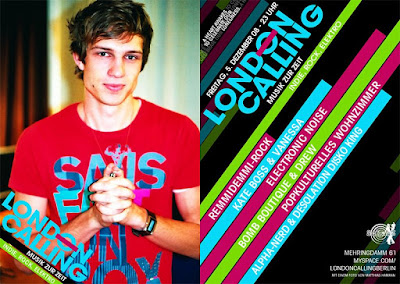 I just want to remind you of some cool, upcoming events with Bomb Boutique envolved and not.

Join us this Thursday, 4.12. for an amazing new event at Bang Bang Club! If you give a shit on tourist-packed Hackescher Markt, you will experience the

My mate Triston presents some great off-entertainment including shows from Gene Serene, $candal Du$t
plus a flaming Burlesque show from Frau Pepper!
Intercom and the Electro Negreux will spin the wax!
3,- € before 23cet, 5€ after!
more at: http://www.myspace.com/triston

On Friday, 5.12. , BOMB BOUTIQUE will be guest with DJ Drew on the Electro Floor of the kick-ass

party at Schwuz, Mehringdamm 61! No further explainations - you know what to expect. 23cet!
All details at: http://www.myspace.com/londoncallingberlin


If you are around in Mitte for XMas shopping this Saturday 6.12., join us for DJ Mart's amazing

tea time at the cool JAMES HAND Store at Max Beer Straße 29, just off Münzstraße!
Don´t get confused by the containers in the street, the shop is right behind them! Start is 16cet!
details:
www.myspace.com/jameshandberlin
www.jukeboxing.de

And on Staurday night we're all going kinky!

is here, a bit different from the previous ones, if it comes on music, but the place to show you kinkiest, nastiest or most exciting fetishes! Pulp Mansion is the traditional place to be, kickoff at 23cet!
all details: www.myspace.com/boheme_noir
www.boheme-noir.de


So, have a nasty weekend! 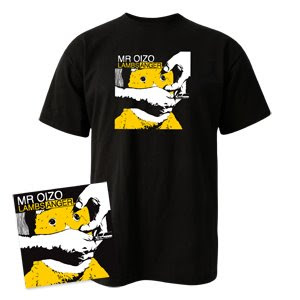 If we believe Mr. Oizo. I basically believe in his hart hittin Electro Funk and so he made it to my this month´s playlist (in no particular order):